A lone woman…a mysterious stranger…and a secret.
When Daisy Wallace meets Micah, a man of mystery, she is bowled over by an instant attraction. A passionate encounter follows, but he's holding back and Daisy doesn't understand why.
Micah King has been retained by a client to locate the triplet daughters that she gave up for adoption, and he's pretty sure Daisy is the youngest of the girls. He wants to tell Daisy the truth, but before he can he needs to verify that she is indeed the woman he's looking for. He never meant to get involved with her, but she's just so tempting.
When Daisy finds out the truth will she be able to forgive Micah's lie by omission? After all, he's deceived her from the first moment she laid eyes on him, and she's had her fill of deceitful men. And can she forgive the woman who gave her up thirty years ago?
Content Warning: contains adult language and explicit sex 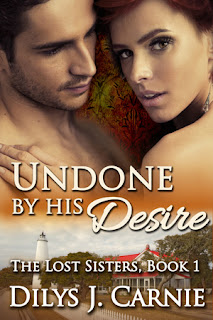