Book 2 of the Fitzgerald Brothers series. You can find out about the sexiest attorney...ever, and how he tries to win over a stubborn Welsh girl who seriously tempts him in every way possible!!


Blurb for Dancing with Temptation

Her trust in men is sorely blighted by past experience.

But when Bronwyn and Jessie meet, the chemistry between them is electrifying. The barriers come up and she refuses to acknowledge any kind of relationship between them.

He can’t understand what’s holding her back.

Jessie is confused by her resistance, yet he knows she is attracted to him. When an old boyfriend turns up determined to hurt her he fights to give their love the chance it deserves.

http://www.dilysjcarnie.com/index.html
Posted by Dilys J Carnie at 06:22 No comments:

Making your own skin care products is not only fun and full filling it rewarding. No one wants harmful chemicals on their skin. People assume that if you make your own skincare that it isn't going to be as good as shop bought…rubbish!
Shop bought creams etc often contain phthalates, formaldehyde (which I’m allergic to), parabens and other chemicals that more often than not are harming not just to your skin but to the animals they use in testing them in the labs. Children love to make their own soaps, lip balms and bubble baths and it’s amazing how satisfying it is to put something on your skin that is totally natural or something that you've made.
I remember my grandma making perfume out of rose petals we picked in the garden, face masks from mayonnaise, hair treatments from nettles, lemon and egg pore tightening treatments we had such fun doing this. So in the next few weeks I’m going to put some of these recipes up…enjoy and have fun!

Peppermint Lip Balm
4 tablespoons olive oil
1 teaspoon honey
1-1/4 teaspoon grated beeswax
2 teaspoons cocoa butter
Peppermint flavoring (or one of your own choice) My daughter liked the mint because it made her lips tingle!
2 vitamin capsules pierced and squeezed into the recipe.( I added this later on when I made them with my children the vit e acts as a natural preservative)
Take a small saucepan, heat oil, wax, honey and butter over a very low heat until melted.
Remove from heat and let cool slightly.


Stir in flavoring and pierced capsules of oil and pour in desired containers. My grandma used tiny metal containers but I bought empty lip salve tubes and used them and my daughter made labels and we stuck them on with glue. We had/have the softest lips ever and had such fun making them.
http://www.dilysjcarnie.com/ 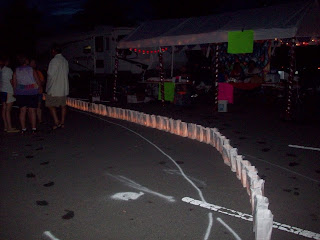 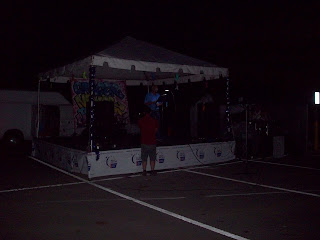 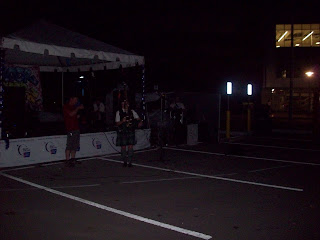 I went to America earlier than normal  and it seems like forever since those few weeks of sun, sea and friends. I've come to the conclusion that I should go twice a year. Once in the summer around May, and the second time in the fall because I love North Carolina at that time of year. But alas at the moment I will have to make do with the one visit!

I visited a lovely island called Ocracoke which is part of the Outer Banks of North Carolina and also is the location of the pirate Blackbeard’s death. The village of Ocracoke is located around a small harbor called Silver Lake. The stunning views only added to the beauty of the whole place from the unique little cottages to the many different types of birds.

The shops were quaint and full of treasures. Most shops close down in winter as the population decreases and the tourists go home. There are no franchises or chains and all the shops, restaurants and hotels are all privately owned.

The size of the island is around 9.6 square miles and the actual island only lies five feet above sea level. The lighthouse has been there since 1823 and is still working. There are only two ways to get on the island, by ferry or airplane where they have their own landing area.

It was a beautiful sunny day, and another wonderful sight for me to see. Every time I visit North Carolina I never need to go to the same place twice because it’s so ginormous and there’s so much to see and so much history to learn. 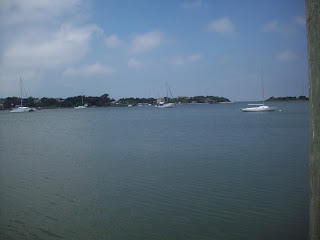 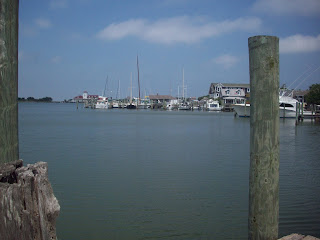 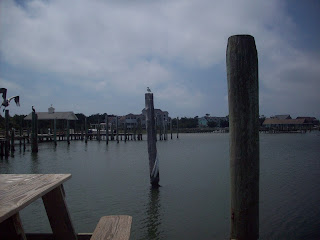 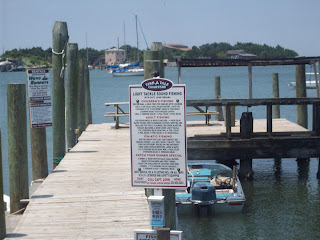 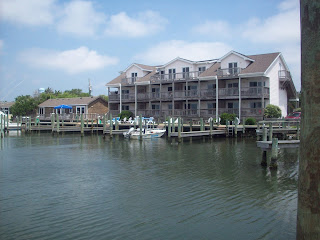 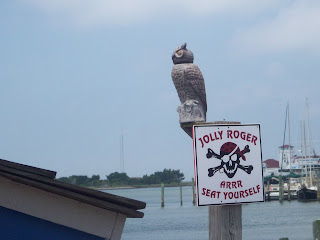 This is where we ate...fabulous food! 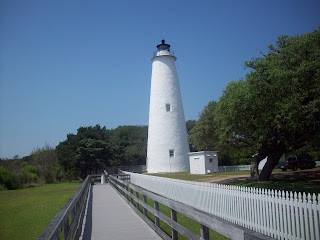