Spotlight this week is the delightful Tracey Rogers. 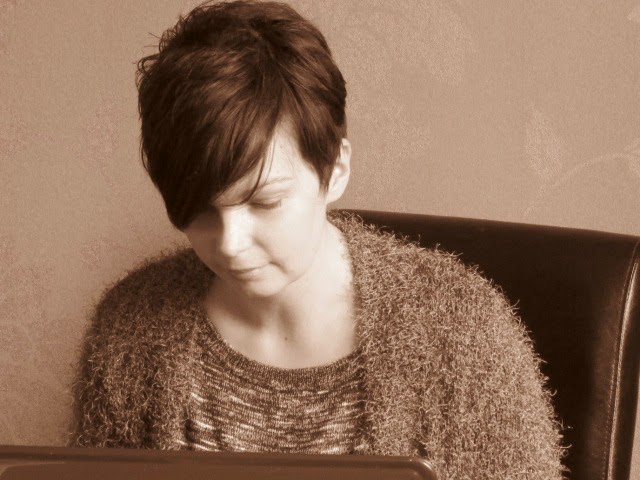 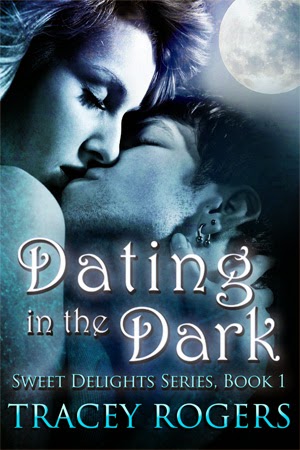 Dating in the Dark by Tracey Rogers – Promo Doc

Hello and thank you for hosting me today.
When I’m writing it often involves the consumption of calories, as words and food are the perfect combination. Or is that just me? So when I decided to tackle a new project it seemed only right that I should bring words and food together and decorate them with a sprinkle of romance.
Welcome to the Sweet Delights Bakery, where the kitchen gets hot and there’s tastiness aplenty! First to sample the delights of the bakery are Sophie and Damian. Secrets are laced with sugar in Dating in the Dark, book 1 of the Sweet Delights Series.
If you want a peek of what to expect, check my Dating in the Dark board on pinterest here: https://uk.pinterest.com/tracerbooks/dating-in-the-dark/

Blurb
Can you find what you need hidden within the dark?
Hiding out in his sister's bakery to recover from a recent injury isn't an ideal solution for newly unemployed meteorologist Damian Trent. Especially since he doesn't like cake. But hiding anywhere is preferable to facing the media frenzy revolving around his life. He has no intention of being seen by anyone. That is, until he hears a honey-toned voice over the phone.
Public relations agent Sophie Rose has a boss who makes her working week a hellish one. He drives her to her need for sugar, so the recently opened Sweet Delights Bakery is perfect for her much needed Friday treat. But one day when she calls to place an order, she gets an unexpected surprise.
Sophie's keen to dump her V-plates, though only the right man will do. Damian, with his sexy, yet familiar sounding voice, seems the ideal person for her to gain some much needed experience with. But why do they need to date in the dark?
Content Warning: contains sensual sex
Buy links: Amazon | AmazonUK | B&N

Excerpt
Damian rested his arm across his forehead and sighed, trying to blot out the ringing sound and failing. Sleep wasn't happening. He ached from his walk after pushing it to a run. With each step he'd remembered Sophie's voice. He had very little else to occupy his mind, so she was an easy focus. Every stride had gathered pace, and before he knew it a walk had become a jog; a jog becoming a run.
And her voice was still inside his head.
Stretching out on the creaky sofa bed, he winced at the movement. Irritated, he tugged the sheet down from his bare chest to lean over and grab the phone. He placed it to his ear and muttered something unintelligible.
"Hi, sorry—did I wake you?"
"Sophie?" Or was he asleep and dreaming?
"Oh, crap. I did, didn't I? I'm so sorry. I couldn't sleep, so I thought… Anyway, my apologies. Pretend it never happened, and goodnight," she said, speeding over her words.
"Sophie, wait!" he called out, wanting to stop her before she hung up, needing to listen to her voice for a little while longer. "I couldn't sleep either," he reassured her as he heard her soft breaths. He shuffled higher against his pillow and propped one hand behind his head. Why couldn't she sleep? Because of him? And how had she gotten his number?
"Really?" Her relieved sigh made him smile. If he wasn't careful, smiling could become a habit of his. "When you left your number in the box, I thought…"
Left his number? He had no idea what his number was.
"What did you think?"
"I thought you might want me to call?" she asked hesitantly, as if she was worried about his response. She wouldn't be worried if she could see the stirring going on beneath the sheet. Or maybe she would be? Though she seemed confident, he still detected a shyness behind her words.
"And did you want to call?"
"I did."
His jaw clenched at her immediate response, a muscle flickering in his cheek. Interesting. Her honesty was evoking things inside that he was starting to like. A lot.
"I like hearing your voice."
Christ, what was she doing to him?
"What do you look like?" he asked, without thinking about the repercussions of his question.
Silence.
"Does that matter?" she said quietly, the warmth in her tone dropping a degree or two.
"No, no it doesn't." He frowned, the admission taking him by surprise. "Tell me what you're wearing instead."
"Why?"
"Because if you don't tell me you're wearing something hideous, I won't be sleeping for the rest of the night either."
She laughed then, the sound not helping his libido whatsoever. "Damian."
"Yeah."
"I'm not wearing anything hideous." He groaned then, obviously out loud because Sophie was laughing again. "I'm not wearing anything."
Oh, hell. A sudden spike of desire sliced through his veins, making him regret his impulsive words. "Then I'm now very grateful I don't know what you look like."
"You could. Know what I look like I mean."
"You want to tell me now?"
"No. I want to show you. On a…date?"
Damian lifted a hand to his face, massaging his fingers above his brow, then lower to scrub over his jaw. His breath felt restricted by his tightening lungs. As much as he wanted to see her, to touch her, to have someone touch him in a way that wasn't clinical or trying to fix him—he couldn't do it. How could he see her, without her seeing him?

Author Bio
Usually found with a pen in my hand, or my head in a book, I’m a contemporary romance author who also thinks fangs and wings are a very attractive accessory.
A devourer of books from an early age, imagination was my best discovery. I spent much of my childhood stepping into wardrobes, searching for that magical snowy world where conversing with animals would be expected. When I wasn’t searching for those worlds, I wrote about them instead. My first step into the world of romance was when I stole sneak peeks into my nana’s books. I’m still in that world and I refuse to leave.
I live in Staffordshire, UK, with my husband and three wonderful children. An avid reader and writer of romance, I strongly believe that words make the world go around. I like nothing more than to be swept away by the words on a page. I hope I can sweep you away too.

I love to hear from readers! You can find me here:
Blog - http://traceyrogers.com/
Twitter - https://twitter.com/TraceRbookworm
Facebook - https://www.facebook.com/pages/Tracey-Rogers-Author/197643867052117?ref=hl